We will continue our series of inspirational kitchens from the TV series with the “geeky” kitchen of the guys from “The Big Bang Theory”. The series went on the air in 2007 and found its place in the hearts of many viewers from different parts of the world. It is safe to say that this is one of the most ridiculous TV shows of our time, and even seasoned with scientific "peppercorn". The interiors of the heroes' apartments are well known to all of us, and the kitchen is a place where we often see heroes: here Sheldon and Leonard eat their favorite flakes in the morning, and sometimes Rajesh and Howard drop in to grab sandwiches, and Penny with Amy and Berdodette are not feel free to look into their fridge sometimes.

The apartment layouts are typical for both American reality and the sitcoms in general: the kitchen is combined with the living room, there is a cooking area, a small kitchen island where the characters mostly have breakfast, and the living room is for basic meals: almost every day coffee table are made up in a row of boxes with different takeaway food. 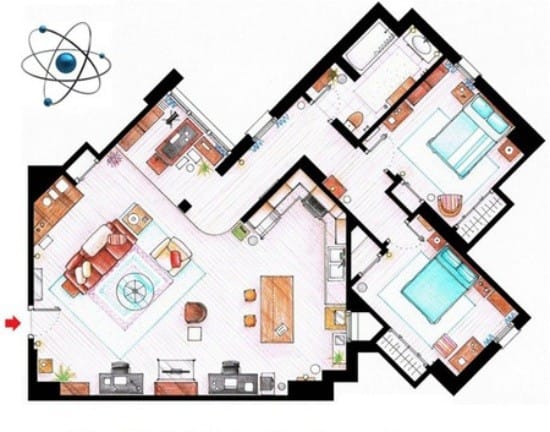 Many of us do the same: a small kitchen does not have a hearty dinner, so along with the plates we move to other rooms, and the heroes of the series do it in the living room on the sofas. So, what are the special features in the kitchen of Sheldon and Leonard?

First, the kitchen-living room in the series well reflects the freakish temper and interests of the owners: a napkin holder in the form of a Rubik's cube (we found the same on the website Etsy).

Vintage and "old school" posters advertise the walls. For example, in the kitchen above the apron hangs such an old beer advertisement.

Similar ones can be found on Amazon.com or on specialized sites like “Think Geek”.

The bank for storing cookies in the form of Batman is a collectible rarity and costs about $ 500, but similar ones are sold on Amazon.

Periodic system of Mendeleev, DNA model with a human height and even a telescope - all these little things say a lot about the owners and their profession.

The molecular DNA model can also be found on Amazon, but it costs about $ 800.

And it should be noted how Sheldon and Leonard express their love for superheroes, cult films and TV shows, buying collectible figurines and paraphernalia. Interestingly, the sword of John Snow appeared on the wall of the guys as soon as the "Game of Thrones" came out on the screens. The sword as in the photo below can be found in specialized online stores.

So, if science is your friend, and comics and the whole “botan” theme are in the circle of your interests, then do not forget to tell about it with the help of decor! And in order to look at all this harmoniously, the walls that play the role of the background must have a uniform neutral color, such as beige, like our heroes.

In the kitchen of the guys, almost all the dishes are stored in the open access: a cupboard without doors, storage compartments in the kitchen island and frying pans with pots over the stove.

The advantages and disadvantages of such storage are obvious: on the one hand, everything is visible and you don’t have to search for one or another utensil for a long time, on the other hand, you constantly need to clean the shelves and dishes from dust, and being parents, it will be difficult to save the child (and the kitchen!) from possible trouble. The kitchen’s mobility is enhanced by the fact that the kitchen island has wheels - in some episodes they can be clearly seen. This is convenient both during harvesting and during culinary experiments (the main characters are sure that the experiments are not only in the laboratory!).

Such an island can be built by taking any stainless steel wheel as a basis, for example, from Ikea and securing a tabletop on it.

Do not worry about the fact that steel may disharmonize with a wooden texture - in an eclectic kitchen, as in the series, this combination will look advantageous.

Breakfast in the kitchen of serial geeks is a special ritual (fans of the series are well aware of Sheldon’s food habits), and there are always several boxes of cereal on the fridge, a banana on a special holder on the tabletop, and you can always find a couple of cookies in Betman Bank. 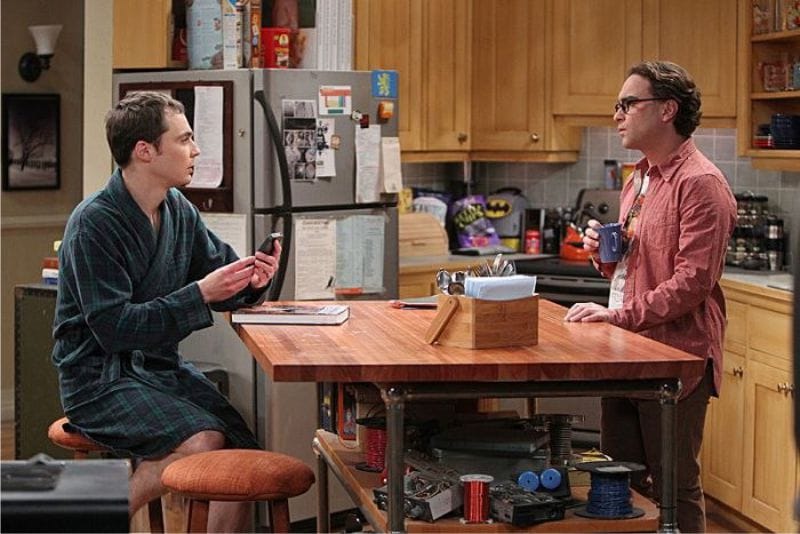 If you, like the main characters, do not think of the morning without a similar breakfast, then you can learn the idea of ​​keeping them. So, muesli and cereal dispensers, which can usually be seen at breakfast in hotels, are sold in hardware stores, and it is easy to find them in online stores. But how great they make life easier.

Do you like bananas? It is much more beautiful when they are not stored on the windowsill or on a plate, but on a special holder - they are sold everywhere and are made in a variety of styles. In foreign online stores, they can be found on request "Banana holder". 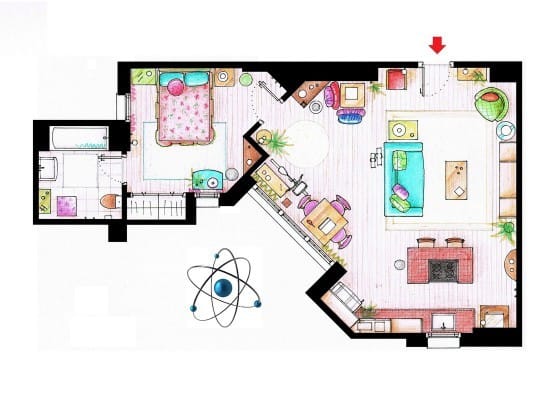 In Penny, who lives next door, the apartment is generally similar: the same layout, the same mixed style, except that there is more confusion, which worries Sheldon very much.

However, a couple of ideas that we advise to adopt from this blond young lady: 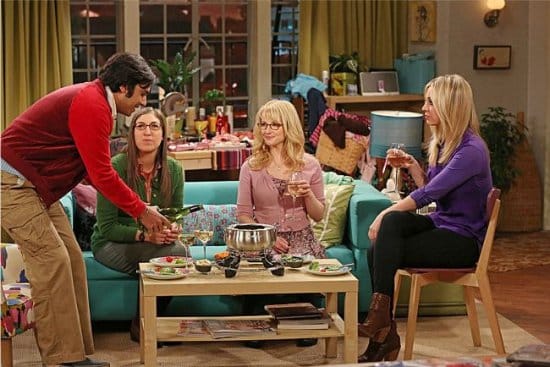 Fans of the series

For those who would like to fill their kitchen with pleasant little things reminiscent of their favorite series, we found a few cool things: 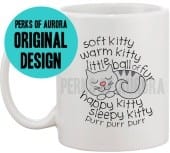 The dishes in the Big Bang Theory style are available in a wide variety of stores, and this is just a couple of them: mug with the words of the beloved song about a kitten and a mug with the symbol of the transformed game "Stone-scissors-paper-lizard-Spock".

A special drink stand is another good thing in the kitchen. The famous word “Bulgagyenka" (English - "Bazinga") is also in the set of bonfires, which we found.

Other cool set coasters with mention of the interpretation of the game "Stone-scissors-paper."

Well, one more set of bonfires like not only fans of the series, but every geek. You can make such stands yourself, having at hand packs of floppy disks and cork sheets.

We hope that with the help of our advice you can make the kitchen a reflection of your soul as great as it happened with the main characters of the series.We wish you successful experiments in the kitchen, so that the unique interior of the theory becomes a practice, and comfort is the axiom of life!