So, you bought a faucet to replace the old one or to equip a sink on a new headset and decided to start the installation yourself. On the one hand, it is very simple to connect and put the mixer on the sink with your own hands - anyone can handle it. On the other hand, even having some experience, but not knowing the elementary rules, you can do work poorly or completely spoil the product, for example, knocking the thread, bending the carts, etc. Another reason why you still have to contact a plumber - This is the lack of a set of sanitary tools. But this problem is completely solved, because you can always ask something from friends.

We tried to tell as clearly as possible how to install the mixer in the kitchen with our own hands safely and correctly.

Before proceeding with the installation of kitchen plumbing with your own hands, you need to prepare and purchase everything you need. You will need: 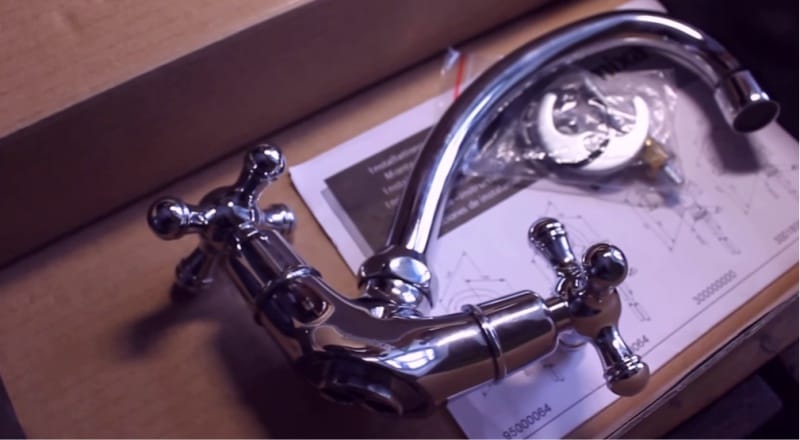 Perhaps, on eyeliners should focus. Keep in mind that: 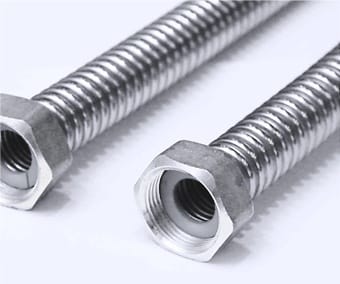 Step 1. Dismantling the old mixer and preparing for installation

Before you install the faucet in the kitchen, you need to turn off the water (you don’t need to shut off the riser) and lay a rag on the bottom of the sink, just in case, so that small parts do not fall into it, and large parts do not damage it.

Of course, replacing the faucet in the kitchen requires dismantling the old faucet. For this you need:

Step 2. Assembling the mixer and connections

Installing the mixer in the kitchen begins with its assembly, that is, with the connection to flexible hoses or rigid connections.

Now take the FUM tape and slightly wrap it with the end of the liner.

Then we insert the end of the first eyeliner into the corresponding hole in the mixer as in the photo below and fasten it first with our own hands, and then we tighten a little with an open-end wrench for 10. In the same way, fasten the second hose. 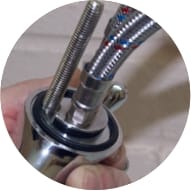 Finally, fasten the pin-pin (or 2 pins) with the thread up into the hole that is supposed to be for him. Our assembled mixer is almost ready to install. It remains to push both leads into the sealing ring, bring it to the base of the mixer body and fix it there as shown in the photo on the right.

Step 3. Install the mixer on the sink

And now it's time to put the mixer on the sink.

We push the ends of the hoses into the sink bore, put the mixer in and ask someone to hold it so that you feel comfortable.

Then from the bottom under the table top or from the bottom of the removed car wash, we put on the second rubber presser washer on the liner. The result will be that the two rubber seals will protect the body and the top and bottom of the shell. Now we also attach the horseshoe-shaped metal washer (photo below).

From below we put on the hairpin-nut and tighten it with the help of:

Finally, we connect the hoses to the water outlet pipes, considering that: 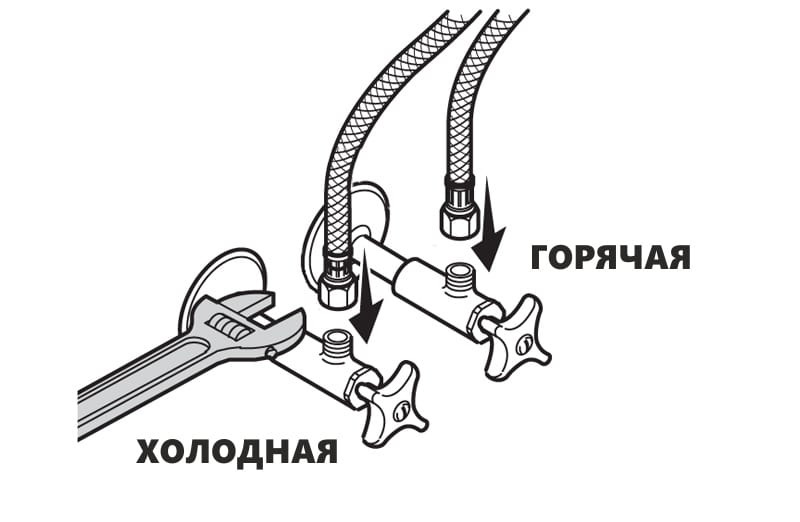 Well, that's all, it remains to check the correctness of the connection, letting first hot and then cold water. If there are no leaks, and the wiring is curved smoothly in the shape of the letter U, then you have done it. If leaks have occurred, then, most likely, this means that the seal has been damaged somewhere - you have to remove and replace it.

And how to change the mixer in the kitchen, if a stainless steel sink is thin or the landing hole is damaged? Then it is possible and necessary to make auxiliary details with our own hands, as the authors of the following videos did.