A good mixer can greatly simplify the life of both an avid chef and an omelet lover. The main thing is to arm yourself with the device that is right for your lifestyle, culinary ambitions and budget. In this article we will tell you how and which mixer to choose for your home, in which case the blender should prefer the mixer and why the stationary model is better than manual.

What to choose - a mixer or blender?

The main difference between these devices consists in different functions:

But since the immersion blender always has an additional nozzle in the form of a whisk and sometimes even a hook for kneading dough, the question arises - can the blender replace the mixer? Yes, but only in part.

But with such non-trivial tasks as beating eggs or pancake dough, the blender will cope almost as well as the hand mixer (but the mixer is still more efficient and more convenient for long-term work). If you like the idea of ​​3-in-1 devices, then we advise you to choose either a submersible blender with a capacity of 500 W and a hook included, or ... as much as possible a powerful blender mixer that looks like a mixer, but has a chopper head. You can learn other nuances of choosing a blender in our step-by-step guide (see the material: Guide to the choice of blender submersible and stationary type). And this video will help you not only understand the difference between two similar devices, but also choose a mixer for the kitchen.

Step 1. Determine the type of mixer

Mixers are conventionally divided into three categories: manual, stationary and stationary with a planetary mixing system. 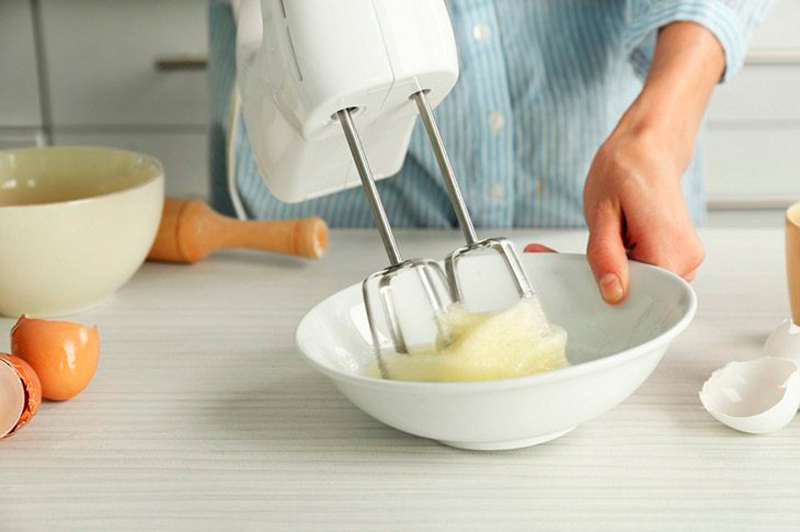 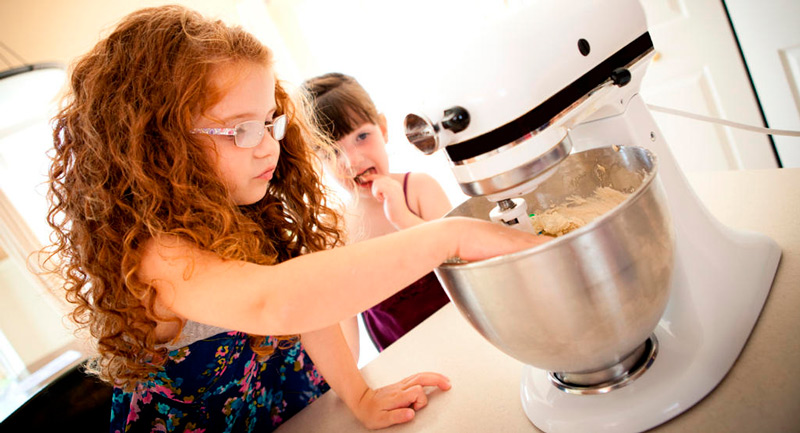 To better understand the difference between the three types of mixers, we recommend that you familiarize yourself with the following video review.

When choosing a mixer, the first thing you need to pay attention to is power. As a rule, in many respects it depends on her performance and processing speed of products. The more power, the more dough can knead the device. At the same time, the more powerful it is, the higher its cost and the more electricity it consumes.

Step 3. We look at the materials of the body and bowl

Low-cost stationary mixer housings are most often made of plastic, while models are more expensive and planetary mixers are made of stainless steel.

Step 4. Select the volume of the bowl

Mixers are completed with bowls from 1.5 to 6 liters.From this indicator depends on what the maximum amount of product you can beat / mix at a time. But there are no minimum limits for stationary mixers - even in the largest bowl, you can beat a couple of eggs or a dozen equally well. The secret of this ability lies in the same planetary mixing system or in the rotation not only of the nozzle, but also of the bowl.

To determine the volume of the bowl, think about what maximum volumes you usually process in a mixer and add 200-500 ml to this number. This stock will not allow the mixture to splash, and flour and sugar - to crumble out of the bowl.

Speaking of spraying. When buying a mixer, be sure to attach a special lid with a hole to add ingredients. This simple object will protect your kitchen from stains and at the same time allow you to pour and pour everything you need right during the work process. Unfortunately, inexpensive blenders are often not equipped with such a lid.

And a couple of useful tips for choosing the bowl:

Step 5. Select the nozzles and accessories

Most often the stationary mixer is completed with only a couple of nozzles - a whisk for beating and a hook for kneading tough dough. Moreover, the hook can really be a hook as in the photo below (for kneading a dense dough) or spiral-shaped (for a more liquid dough). Sometimes the kit includes a paddle for mixing the batter. Some mixers have a nozzle for mashed potatoes and / or a chopper head (blender) for making sauces, smoothies, cocktails, etc. 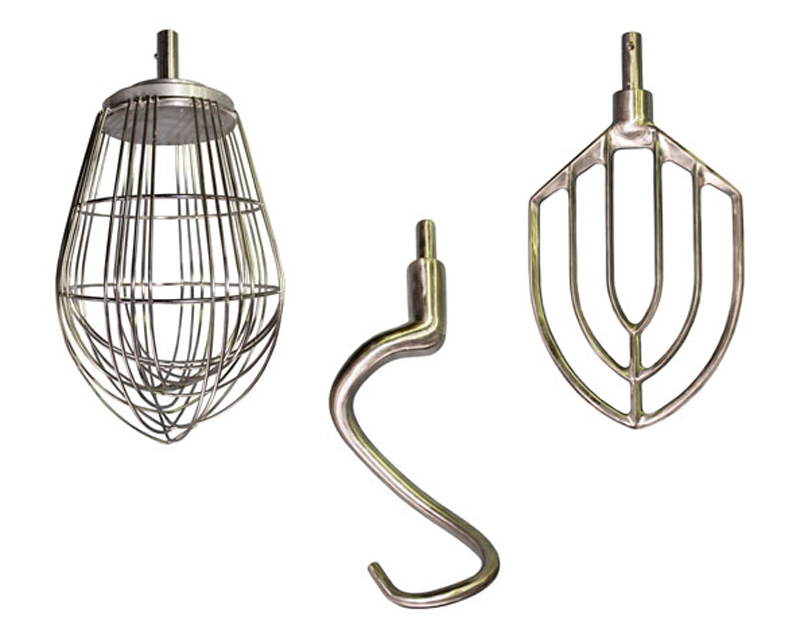 Standard set of nozzles for a planetary mixer

Mixers, combines, as we have noted earlier, can be equipped with additional nozzles: meat grinder, testorakskatkoy, citrus press and grater. Sometimes these tips are included, and sometimes they are purchased separately.

Step 6. We learn about modes, speeds and additional options.

The rotation speeds of the nozzles are available for mixers from 3 to 20. The more speeds the device has, the thinner you can adjust the degree of product processing, smoothly slow down or speed up the rotation of the nozzles.

Of the really useful additional options can be identified:

Finally, for those who decide to choose a planetary mixer, we offer you to familiarize yourself with the following video review of the KitchenAid mixer in comparison with a food processor.